There’s no better Saint Joe’s experience than being a part of the chanting, screaming student section in Hagan Arena. On game nights, students energetically cheer on both the men’s and women’s D1 basketball teams, but the energy doesn’t just come from the excitement. It’s generated from the fan that flaps their wings all night long: our mascot, the Hawk.

You know our mascot’s a big deal, but did you know that there’s two different Hawks flapping around?

Yes, the men’s Hawk is Domenic Godshall, who you can read all about here. As the “main” Hawk, he is well-known for his fully paid tuition, his access to every game, and his high energy. The women’s team, however, has an entirely different Hawk. For this season, that’s Sophie Smyczek.

We interviewed Sophie to see what it’s like the be the women’s Hawk. Read below to see what she has to say:

“Why did you tryout to be the Hawk?”

Sophie was the women’s manager last year, so she knew that the women’s Hawk was becoming the men’s Hawk. At the end of last season, when she found out that the spot was opening up, she expressed her interest.

“I didn’t want to wear the game day business-casual anymore,” Sophie laughed. “Just kidding. I was initially interested because being the hawk is just a deeper way to show my school spirit and a physical way to show how much I love Saint Joe’s.”

“It was a different experience for me [because I had been a manager]… I wrote a letter to the coaches thanking them for the opportunities that I had already been given and expressed my interest in being the Hawk… Two of the coaches met with me and made sure I understood all the aspects of the job. I also had to… sign a contract stating that I knew what was involved, that I’d keep my grades up, and that I’d make the Hawk my first priority behind academics. This process was different from the tryouts for the men’s Hawk, which is much more rigorous”

“What commitments do you have beyond flapping at all the games?”

“As a manager, I have to be at every practice, so that’s a pretty big time commitment. I have manager duties as well as Hawk duties, and I’m with the team for every practice. Additionally, the Hawk gets a lot of requests to appear at school functions, charity events, and alumni weddings, so any that [the men’s Hawk] can’t make, I attend.”

“How do you prepare for the games?”

One of Sophie’s main routines before, during and after is to hydrate in order to maintain her energy.

“It’s important to drink a lot of water the day before so you don’t faint or anything. On game day, I get to Hagan an hour and a half before the game and help the players with warmups, which also helps with my warmups. I get in the suit a half hour before the game starts and wait for the players before running out of the tunnel. Once the head’s on, I’m not allowed to stop flapping. I keep my energy up by drinking water throughout the game while still flapping.”

“Do you ever find yourself struggling to keep flapping?”

No matter how exhausted Sophie is, her spirit keeps her going.

“It was definitely more difficult at the beginning of the season. It can be hard to keep morale up when we’re losing by a lot. Now, it’s not so difficult, and I’m not as sore afterwards.”

“Traveling with the team is a really awesome experience. Not only do I get to travel to some really cool places and see different colleges, but I get to do it in support of a team that I really believe in.”

Now you know there’s not just one, but two hawks.

Sophie expressed that she is very grateful for everything the women’s basketball team has given her, but she’s also revealed the amount of time and effort her job requires.

We discovered that Sophie doesn’t get full tuition like the men’s Hawk. The women’s Hawk gets free books instead. While the men’s Hawk has more numerous and strict time commitments, it seems to us that they still do a majority of the same things.

We believe that the women’s Hawk should get the attention and appreciation she deserves. So to Sophie, for all your hard work, dedication, and unwavering spirit: Thank you. 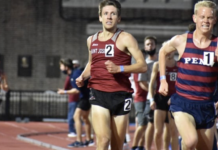 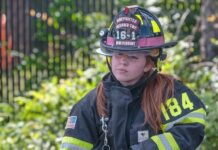 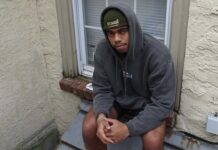