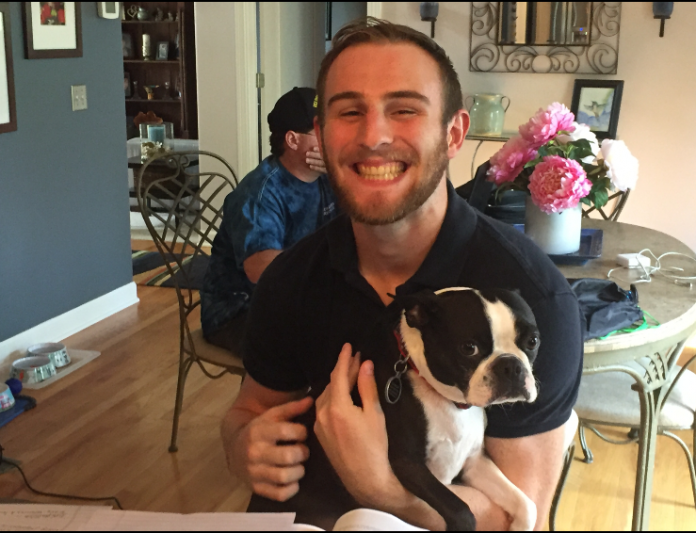 Mark Frantz, is a sophomore transfer student at Saint Joseph’s University. Mark has a strong passion for sports and co-hosts a radio show, “The Ultimate Sports Show” every Thursday at 5:00 p.m. The show covers everything sports on Radio1851. He is a huge New Orleans Pelicans fan which seems odd since we are in Philadelphia; however, his family comes from New Orleans and enjoys Saints Football and Pelicans Basketball.

Mark’s favorite athletes are Anthony Davis, a Pelicans star power forward, and Drew Brees, who enabled the Saints to win their only title in the 2009 Super Bowl 44. Mark previously wrote for isports.web where he blogged each week for the Philadelphia Eagles, Pelicans and Saints. He received backlash from his fans when he posted many blunt comments in regard to the Philadelphia Eagles’ wide receiver and corner back problems.

He has a strong passion for football and basketball and has loved sports since he was young. Even though he is a New Orleans sports fan, he is a native of Mount Laurel, New Jersey. He attended Camden Catholic High School and graduated in 2015. Mark liked to blog sports which was an unpaid internship opportunity. Mark currently works in a paid co-op position every Tuesday and Thursday from 9:00 a.m. to 2:00 p.m. He even pitched an idea why his company should use social media.

Mark is making strives and is happy to be a Hawk.He enjoys being on the radio and his first show was in November 2016. He admitted it was nerve racking because its freaky to hear your voice on the radio. Nowadays, he loves the show and has stated that “It is really cool to be involved and give your opinion every week on the radio. Sports is like the news but better”.